To share your memory on the wall of Brad Graddy, sign in using one of the following options:

Brad was blessed with an outstanding personality and a wonderful smile. He enjoyed soccer and played on the Conway High School team that won the state tournament. His team selected him the Defensive Player of the Year. Brad also loved water skiing, mountain climbing, and racing cars.

Brad worked for several oil and gas companies as Director of Right of Way Acquisitions. He also worked as a professional commercial driver.

To send flowers to the family or plant a tree in memory of Brad Graddy, please visit our Heartfelt Sympathies Store.

Receive notifications about information and event scheduling for Brad

There are no events scheduled. You can still show your support by sending flowers directly to the family, or planting a memorial tree in memory of Brad Graddy.
Visit the Heartfelt Sympathies Store

We encourage you to share your most beloved memories of Brad here, so that the family and other loved ones can always see it. You can upload cherished photographs, or share your favorite stories, and can even comment on those shared by others.

Posted Mar 29, 2020 at 05:16pm
May God comfort you at this time and always. My grandmother the late Ollie Bell Roberts is a cousin of Elmer and Jessie Mae Roberts Graddy. Frances Hayes Olson
Comment Share
Share via:

Posted Mar 27, 2020 at 03:07pm
Brad let me stay with him when we were both not paid by an employer......he didnt really know me well......but said I cant let anyone be homeless at Christmas.......which we spent broke....but he made sure that i wasnt out in the cold....Thanks for your kindness
Comment Share
Share via:
WJ

Posted Mar 12, 2020 at 01:45am
I can not even imagine your sense of loss of your son, but want you to know you are in my thoughts and prayers. May the precious memories you shared comfort you as you go forward without Brad.
Comment Share
Share via:
GD

Posted Mar 11, 2020 at 08:27pm
Deepest condolences to Nancy, Larry, and family. I send prayers of peace and comfort in your time of grief. So very sorry for your loss. Gary Davis, LRCHS 65.
Comment Share
Share via: 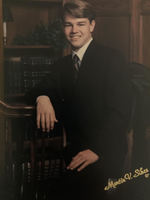 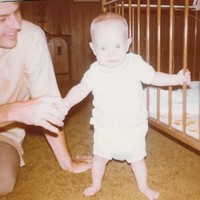 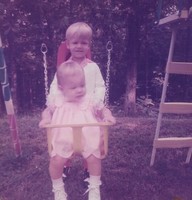