To share your memory on the wall of Clifford Perkins, sign in using one of the following options:

Rudy was born on December 31, 1944, in Conway to Lonnie Lee and Rosalea Davidson Perkins. He was in the Baptist faith and worked as a... Read More
Clifford Rudy Perkins, age 76, passed away Saturday, June 5th, 2021, at his home in Romance, Arkansas.

Rudy was born on December 31, 1944, in Conway to Lonnie Lee and Rosalea Davidson Perkins. He was in the Baptist faith and worked as a heavy equipment operator. He enjoyed hunting, fishing and spending time traveling country roads on his many adventures.

He was precded in death by his wife, Martha Perkins, his parents, three brothers, Bill Perkins, Donald Perkins and Ronald Perkins.

Services for Clifford Rudy Perkins are under the care and direction of Vilonia Funeral Home 1134 Main Street Vilonia, AR 72173. Sign his Book of Memories at www.viloniafuneralhome.com
Read Less

To send flowers to the family or plant a tree in memory of Clifford Rudy Perkins, please visit our Heartfelt Sympathies Store.

Receive notifications about information and event scheduling for Clifford

We encourage you to share your most beloved memories of Clifford here, so that the family and other loved ones can always see it. You can upload cherished photographs, or share your favorite stories, and can even comment on those shared by others.

Posted Jun 14, 2021 at 09:44pm
Rudy you will be missed I think about you a lot we’ve had some sad times and some funny time I’m glad your not hurting now and you can rest I love you
Comment Share
Share via: 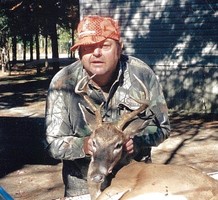 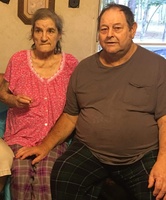 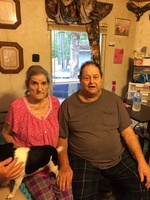