To share your memory on the wall of David Foy, sign in using one of the following options:

He was born on December 29, 1954, to John Stanley and Ethel Mae Rice Foy in Crossett, Arkansas. He was a Christian in the Baptist faith and a member of the National Trappers Association. He retired after serving 26 years in the United States Air Force, Army, and the National Guard. He also worked twelve years as an Arkansas State Trooper. He enjoyed hunting, fishing, and camping. After his retirement, he worked as a trout fishing guide on the Little Red River. He had a passion for all types of puzzles with Sudoku being his favorite.

Mr. Foy will be cremated and his ashes will be scattered at his favorite camping site at a later date.

Arrangements for David Michael Foy are under the care and direction of Vilonia Funeral Home 1134 Main Street Vilonia, AR 72173. Sign his Book of Memories at www.viloniafuneralhome.com.
Read Less

To send flowers to the family or plant a tree in memory of David Michael "Mike" Foy, please visit our Heartfelt Sympathies Store.

Receive notifications about information and event scheduling for David

There are no events scheduled. You can still show your support by sending flowers directly to the family, or planting a memorial tree in memory of David Michael "Mike" Foy.
Visit the Heartfelt Sympathies Store

We encourage you to share your most beloved memories of David here, so that the family and other loved ones can always see it. You can upload cherished photographs, or share your favorite stories, and can even comment on those shared by others.

Posted Feb 10, 2021 at 11:32am
Mike and I attended the same church in N. Crossett. I have many good memories of Mike especially in church activities. May the family have peace and comfort during this difficult time.
Comment Share
Share via:
RF

Thanks so much. ~Opa Foy
D

Posted Nov 27, 2020 at 06:47pm
Our thoughts are with Mike’s Family. Mike & I were raised in Crossett. Served several years in the Arkansas National Guard together. I have many fond memories of Mike.
Comment Share
Share via:

Posted Nov 23, 2020 at 01:36pm
We are so sorry to hear of the loss of Mike. Our thoughts and prayers are with you and the family during this time. The Abney family - Daleville, VA 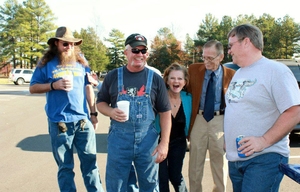 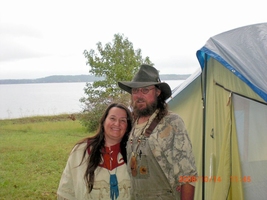