To share your memory on the wall of Eldon Morris, sign in using one of the following options:

To send flowers to the family or plant a tree in memory of Eldon James Morris, please visit our Heartfelt Sympathies Store.

Receive notifications about information and event scheduling for Eldon

There are no events scheduled. You can still show your support by sending flowers directly to the family, or planting a memorial tree in memory of Eldon James Morris.
Visit the Heartfelt Sympathies Store

We encourage you to share your most beloved memories of Eldon here, so that the family and other loved ones can always see it. You can upload cherished photographs, or share your favorite stories, and can even comment on those shared by others.

Posted Oct 01, 2019 at 12:00am
So sorry for your loss of your Dad, he was my classmate at Newton High School. Our thoughts and prayers are with all of you. Cheryl Dimon George, Class of 1967
Comment Share
Share via:
DW

Posted Jul 23, 2019 at 12:00am
I feel so honored to have recently married into Eldon's family. He was so loving and welcoming, and I feel so lucky that we got to know each other in the time that we did. What a kind and thoughtful man! His concern for the people he meets, the animals in his life, and the world around him was deep and profound. I think he was a true renaissance man in the way he had talents and ideas in so many areas and never ceased to find learning interesting. He loved to challenge himself with ancient literature. He loved his family. He loved the extended family he had built with friends, and lodge brothers, and even his animals. He loved those who served as he loved to serve, so the military, first responders, medical teams, teachers, waitresses, anyone who served him - had his full respect. He loved the Lord, but he didn't see the merits of organized religion. He preferred a personal relationship with the Lord. He loved to share stories of his life. But he also liked to listen, and he was a really good listener. And my favorite line to hear from him was "I love you", but my favorite line I learned from him was "we can do better". He will be greatly missed from my daily life, but I celebrate that my father-in-law is now healed of all pain and enjoying the full knowledge revealed to us in Christ's presence. I love you, Eldon.
Comment Share
Share via:
HF

Posted Jul 23, 2019 at 12:00am
I worked with Eldon when he first became interested in the Masonic's, and while doing this he became a wonderful friend to my wife and I.  He was a super kind hearted person with amazing values.    He will be missed by all. Rest in peace my brother.
Comment Share
Share via: 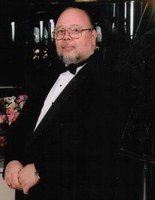 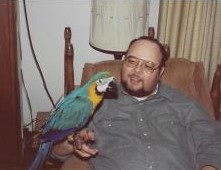