To share your memory on the wall of Girtrude Matos, sign in using one of the following options:

Print
Girtrude Lowe Matos, known to many as "Granny", went to be with the Lord on her 78th birthday, at her home in North Little Rock, Arkansas, surrounded by family.

On April 8, 1942, in Pinsonfork, Kentucky, she became the seventh child born... Read More
Girtrude Lowe Matos, known to many as "Granny", went to be with the Lord on her 78th birthday, at her home in North Little Rock, Arkansas, surrounded by family.

On April 8, 1942, in Pinsonfork, Kentucky, she became the seventh child born to John and Annie Adams Lowe. She met her husband, Felix Matos, Sr. on a blind date and was married in Chicago, IL, on September 24, 1960, where they enjoyed forty-seven years together. She became a Christian in 1969, when she was baptized in the name of Jesus Christ and received the gift of the Holy Ghost at a Pentecostal Church in Antioch, IL. She continued in the Pentecostal faith for the remaining 51 years of her life. At the time of her death, she was a member of the First Pentecostal Church in North Little Rock.

Granny loved to cook and entertain her family and guests. Some of the recipes she regularly cooked for everyone were her homemade fried apples served with biscuits and gravy. She made the best beans and cornbread with wilted greens and meal gravy. She learned how to cook many authentic dishes from Puerto Rico, Mexico and El Salvador. She worked as a cook at the Arkansas State University in Beebe and the Lighthouse Christian Academy for many years. She also worked at Pathfinder as a care giver until the last seven months of her life. She enjoyed shopping, and traveling.

She is preceded in death by her parents, her husband, eight siblings, as well as several nieces and nephews.

In light of the current health crisis, services will be private. She will be laid to rest with her husband at the Arkansas State Veterans Cemetery.

Services are under the care and direction of Vilonia Funeral Home 1134 Main Street Vilonia, AR 72173. Share a written or video condolence on her book of memories at www.viloniafuneralhome.com
Read Less

To send flowers to the family or plant a tree in memory of Girtrude Matos (Lowe), please visit our Heartfelt Sympathies Store.

Receive notifications about information and event scheduling for Girtrude

We encourage you to share your most beloved memories of Girtrude here, so that the family and other loved ones can always see it. You can upload cherished photographs, or share your favorite stories, and can even comment on those shared by others.

Jim&Peggy, Joe,Ellen,Kyle and Abby, and other have sent flowers to the family of Girtrude Matos (Lowe).
Show you care by sending flowers

Posted Apr 13, 2020 at 05:48pm
I thank God for my beautiful sister who always gave me a kiss and told me that she loves me. I will truly miss her.
Sis Mary Jones
Comment Share
Share via:
HS

Flowers were purchased for the family of Girtrude Matos. Send Flowers

Posted Apr 10, 2020 at 08:49pm
God needed another angel and he called Aunt Gerty. I can just imagine her getting to heaven rejoicing with Coosie and all her family. Love you all.

Jim&Peggy purchased flowers and planted a memorial tree for the family of Girtrude Matos. Send Flowers

Posted Apr 10, 2020 at 08:48pm
A lot of memories being in church with Sis. Matos. Such a strong and faithful lady. Her race is over, the victory has been won. Our thoughts and prayers are with the family during this trying time.
Bro. Garey & Sis. Patsy Beck
Comment Share
Share via:

Thank you so much. 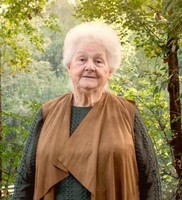 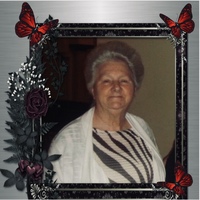 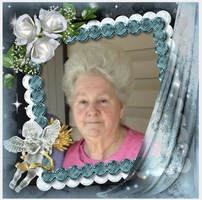