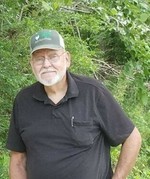 G.L. was born on September 19, 1943, in Bradford, Arkansas to Glenn Logan and Ava (Phillips) Green. He owned a mechanic shop, and a used car dealership for several years. He was a musician and played steel guitar with several groups.

He is preceded in death by his parents, one sister, Doris Childers; two brothers, Phillip Green and Sonny Green.

At Mr. Green's request there will be no public services.

Cremation arrangements are under the care and direction of Vilonia Funeral Home1134 Main Street Vilonia, Arkansas 72173. Sign the online guestbook at www.viloniafuneralhome.com.