To share your memory on the wall of Nathan Buerer, sign in using one of the following options:

Print
James Nathan Buerer, 77, of Vilonia, AR, passed away on May 26, 2021. Nathan was born in Needles, CA, on July 5, 1943, to the late Rev. James Douglas Buerer and Margaret Jane Finfrock Buerer of Greenville, South Carolina.

He was prece... Read More
James Nathan Buerer, 77, of Vilonia, AR, passed away on May 26, 2021. Nathan was born in Needles, CA, on July 5, 1943, to the late Rev. James Douglas Buerer and Margaret Jane Finfrock Buerer of Greenville, South Carolina.

He was preceded in death by his parents, grandparents, Harry W. Buerer and Pearl Northrup Buerer; Dr. Ralph Finfrock, and Edith Ward Finfrock.

Nathan was a member of Woodland Heights Baptist Church. He has been a General Contractor in South Carolina and Arkansas.

A graveside service will be held for family and friends at 11:00 AM, Saturday, May 29, 2021, at Oakland Cemetry, Holland, Arkansas, with Pastor Steven D. Buerer officiating.

Services are under the care and direction of Vilonia Funeral Home 1134 Main Street Vilonia, AR 72173. Sign the online guestbook at www.viloniafuneralhome.com
Read Less

To send flowers to the family or plant a tree in memory of Nathan Buerer, please visit our Heartfelt Sympathies Store.

Receive notifications about information and event scheduling for Nathan Buerer

We encourage you to share your most beloved memories of Nathan Buerer here, so that the family and other loved ones can always see it. You can upload cherished photographs, or share your favorite stories, and can even comment on those shared by others.

Jason, Tasha, Sophia, and Olive Glazebrook sent flowers to the family of Nathan Buerer.
Show you care by sending flowers

Flowers were purchased and a memorial tree planted for the family of Nathan Buerer. Send Flowers

Posted May 27, 2021 at 01:57pm
May the love of the sacrifice made at the cross bring you comfort. Our deepest condolences, prayers, and love are with you. 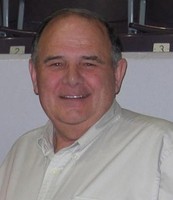