To share your memory on the wall of Jerry Hamilton, sign in using one of the following options:

He enjoyed playing, coaching and umpiring softball and was a Razorb... Read More
Jerry Alan Hamilton, 74, of North Little Rock passed away Tuesday, February 18, 2020. He was born April 23, 1945 in California to John Buford and Sally Shumate Hamilton.

He enjoyed playing, coaching and umpiring softball and was a Razorback fan. He was a member of the First Church of God. Jerry served in the United States Marines and National Guard.

He was preceded in death by his parents; and brother, Kenneth Hamilton.

His life will be celebrated on Friday, February 28, 2020 at 11:00 AM in the Vilonia Funeral Home Chapel 1134 Main Street Vilonia, AR 72173. Visitation will be held one hour prior to the service also at the funeral home.
Burial will follow at Butlerville Cemetery in Lonoke County.

Arrangements are under the care and direction of Vilonia Funeral Home. Sign the online guestbook www.viloniafuneralhome.com.
Read Less

To send flowers to the family or plant a tree in memory of Jerry Alan Hamilton, please visit our Heartfelt Sympathies Store.

Receive notifications about information and event scheduling for Jerry

We encourage you to share your most beloved memories of Jerry here, so that the family and other loved ones can always see it. You can upload cherished photographs, or share your favorite stories, and can even comment on those shared by others.

Posted Mar 12, 2020 at 01:48am
I was terribly sorry to hear about the loss of your brother. May the precious memories you shared be of comfort to you and your family. Prayers of comfort and peace.
Comment Share
Share via:
LF

Love from your friend: Susan Forbes

Posted Feb 24, 2020 at 09:41pm
Jerrys life and wonderful soul will be honored in the heart of a new tree that will be planted in his memory.

Posted Feb 24, 2020 at 09:27pm
My deepest sympathy for Jerry’s wife, Barbara, and his family. What a beautiful soul Jerry had - he will be missed by so many. Love from your friend: Susan Forbes
Comment Share
Share via: 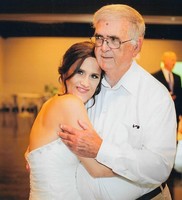 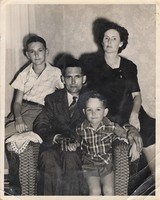 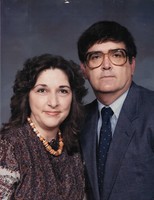 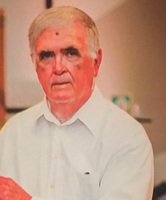