To share your memory on the wall of Pat McRae, sign in using one of the following options:

Print
Pat Maloy "Dutch" McRae, of Conway, went to be the Lord at his home surrounded by his family in the early morning hours of June 08, 2020, at the age of 77.

Dutch was born on July 2, 1942, in Greenbrier, Arkansas to Roland W. and Annie B. (Dickens) McRae. He served in the United States Navy during the Vietnam era on the flight deck of the aircraft carrier, USS Coral Sea. He was a member of the USS Coral Sea Association (CV-43). A member of the Conway VFW Post 2259. During his time in the navy, he learned to play the bass guitar, drums, and played in several bands. He retired after working forty-two years from Union Pacific Railroad as an Engineer.

He is preceded in death by his parents, two brothers, and two sisters.

A private memorial will take place at a later time.

To send flowers to the family or plant a tree in memory of Pat Maloy "Dutch" McRae, please visit our Heartfelt Sympathies Store.

Receive notifications about information and event scheduling for Pat

We encourage you to share your most beloved memories of Pat here, so that the family and other loved ones can always see it. You can upload cherished photographs, or share your favorite stories, and can even comment on those shared by others.

Our love and sympathy, Mike and Carolyn sent flowers to the family of Pat Maloy "Dutch" McRae.
Show you care by sending flowers

Posted Jun 12, 2020 at 07:00pm
Dutch was an outstanding person with a lifetime of stories. The navel ones,the band ones.motercycle and train stories. I was proud to have been able to sit and talk and have a beer with Dutch and to have been bartender and friend. He will be missed!!!!!!
Flip Tindall
Comment Share
Share via:
TB

Posted Jun 10, 2020 at 05:49pm
Pat McRae you were a very special lifelong friend and shipmate from the time we were sworn into the Navy together, on our 17th birthday! R.I.P. Dutch!

Our love and sympathy, Mike and Carolyn

Posted Jun 10, 2020 at 11:42am
We are so sorry for your loss and hope that your memories of the good times you shared with Pat bring you comfort at this sad time.

Our love and sympathy, Mike and Carolyn purchased flowers and planted a memorial tree for the family of Pat McRae. Send Flowers 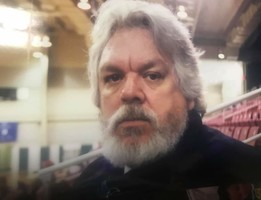