To share your memory on the wall of Paul Lumley, sign in using one of the following options:

Beau was born on November 11, 1969, in Marion, Kansas to Frank and Sue Lumley. He worked many years as a football coach at various institutions. He served as head coach in Billings, Oklahoma. In addition to his coaching, he loved music, playing the guitar, singing, fishing and spending time outdoors.

He is preceded in death by his parents, and one brother, Johnny Lumley.

The family will announce a memorial service at a later date.
Cremation arrangements are under the care and direction of Vilonia Funeral Home 1134 Main Street Vilonia, AR 72173. Sign the online guestbook at www.viloniafuneralhome.com
Read Less

To send flowers to the family or plant a tree in memory of Paul Joseph "Beau" Lumley, please visit our Heartfelt Sympathies Store.

Receive notifications about information and event scheduling for Paul

We encourage you to share your most beloved memories of Paul here, so that the family and other loved ones can always see it. You can upload cherished photographs, or share your favorite stories, and can even comment on those shared by others.

Posted Jul 01, 2020 at 05:02pm
Beau, you will be forever missed.... my heart hurts that we didn't get much time together. I think you were an amazing song writer, guitar player, and you had a beautiful voice.... very talented man . I will always remember you and your huge heart and angelic voice.... much love...."babe" lol hope you smiled . I miss you so much already.. My heart goes out to everyone who knew this man and cared for him and will miss him..... life will be much different without you in it Beau Lumley ... if anyone has videos of him playing and singing can you please send them to leannthomas4@gmail.com. thank you in advance.
Comment Share
Share via:
S

Posted Jun 29, 2020 at 05:28pm
I was blessed to have known him and have spend the last few days with him. I will never forget or be the same. I cannot image the pain you all are going through. Part of me rejoicing knowing he is singing and playing for the angels and the other part misses him dearly. Words can not do justice and only time will heal us that are still here. Beau thank you for being so open with me and sharing and giving freely. You truly blessed me and I love you. Till we meet again.
Comment Share
Share via: 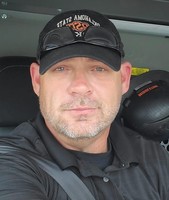 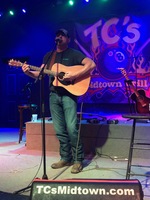